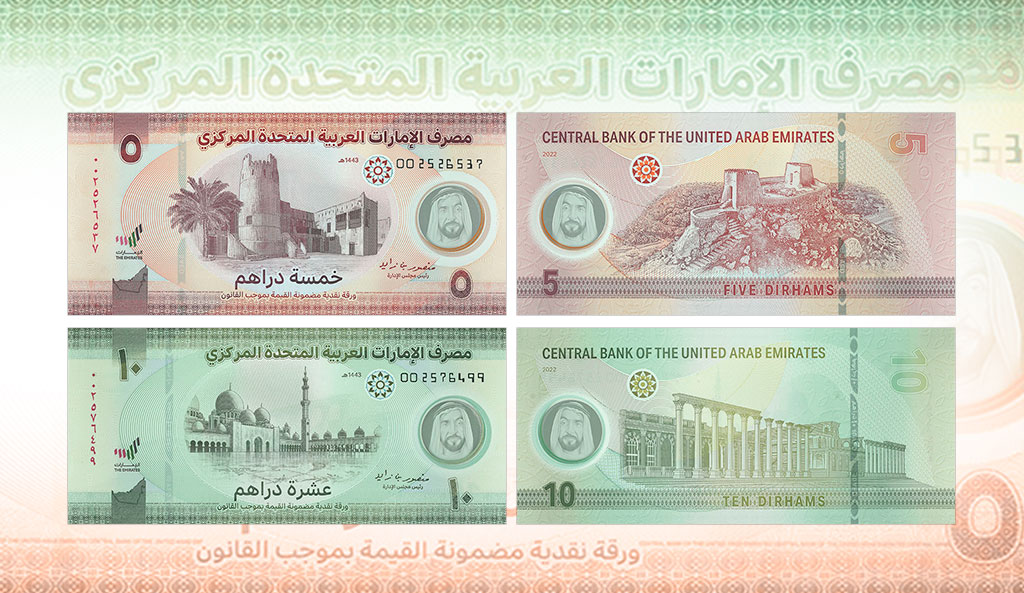 The Central Bank of the United Arab Emirates (CBUAE) introduced a third version of the 5- and 10-Dirham banknotes in April 2022.

The banknote is available in Keesing Documentchecker.

The new banknotes are printed on a polymer substrate, not on cotton as the previous notes. In order to avoid confusion, the CBUAE decided to keep the same colour scheme as the 5- and 10-Dirham notes already in circulation.

The symbols and images on the notes reflect the UAE’s history and heritage. New security features include a transparent window featuring a portrait of the late Founding Father, Sheikh Zayed bin Sultan Al Nahyan, surrounded with iridescent ink, and a windowed security strip on the back is printed and contains the denomination in Arabic and Latin. In addition to that an embossed dot is added to the back of both banknotes for the benefit of the visually impaired. It is important to note that current banknotes of both denominations will remain in circulation along with the new polymer notes.

The recently introduced new model of the Dutch ID card is now available in Documentchecker! Have a look at the new card and its interesting security features.