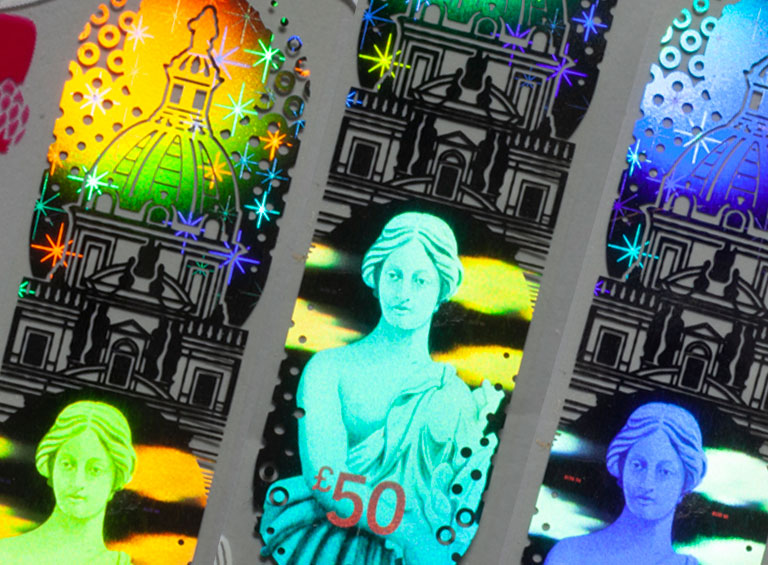 For the first time, the royal bank of Scotland introduced a new design to commemorate the female historic figure “Flora Stevenson”, a Scottish educator who devoted her life to promoting the education of girls. The design of the other banknote remained the same, the Bank of Scotland only changed the colour of the note from green to red.

It is important to mention that unlike English banks, Scottish banknotes are issues by three different banks: The Royal Bank of Scotland (RBS), the Bank of Scotland (BOS), and Clydesdale Bank. The notes are generally accepted in the rest of the United Kingdom as well.

Explore Scotland’s new GBP 50-pound notes and all the latest banknotes and ID documents from all over the world! Request a free Documentchecker trial and discover the world’s most comprehensive ID and banknote reference database.

The German residence permit is a highly secured ID document that includes, among others, an Identigram®, a changeable laser image (CLI) and an optically variable stripe on the back.