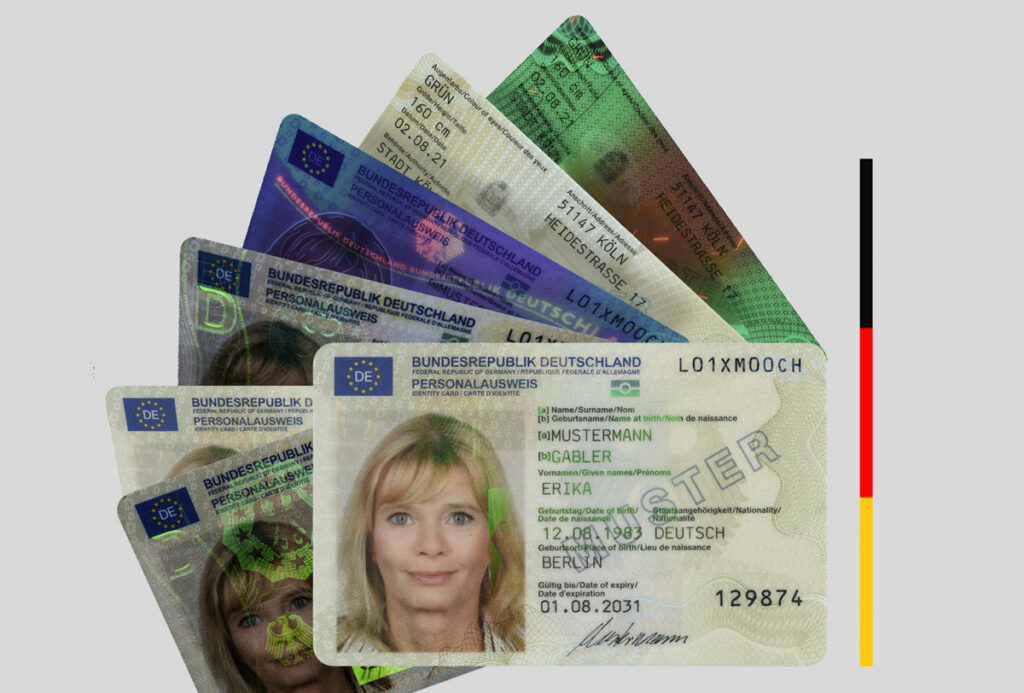 The new model of the German ID card has recently been added to Documentchecker! Have a look at the new card and its hidden security features.

In line with new European regulations, the German government released a new model of the ID card featuring new innovations to strengthen its security.

The German identity card was issued on August 2, 2021 and features a contactless chip that meets ICAO specifications. Improvements include Identigram®, Changable Laser Image (CLI), optically variable ink (OVI) and an optically variable stripe on the back and the colour photograph is integrated into the card material via the Innosec Fusion® personalisation system.

Access to Keesing Documentchecker
Uncover all the unique features of the 2021 model of the German identity card and more than 6,500 other ID documents from across the globe. Request a free Documentchecker trial and take a look into the world’s most comprehensive ID reference database featuring IDs from over 200 countries and organisations.

The German residence permit is a highly secured ID document that includes, among others, an Identigram®, a changeable laser image (CLI) and an optically variable stripe on the back.