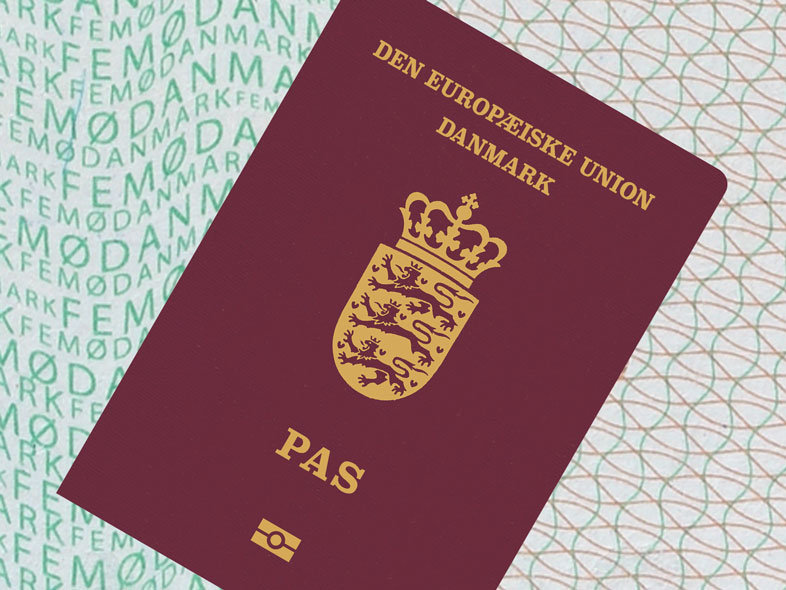 The new Danish passport was first issued in October, 2021. The National Police of Denmark awarded the contract for the country’s ePassport design, production, and personalization to Veridos and Idpeople.

The banknote is available in Keesing Documentchecker.

The new e-passport consists of 32 pages, including a polycarbonate data page with an electronic chip containing biometric data that meets the ICAO specifications. In the front and back cover of the passport are two sides of the Jelling stone printed in intagelio. The large rune stone was erected by King Harald Bluetooth in the year 965 marking the country’s transition to Christianity, and is referred to today as “Denmark’s birth certificate”

Moreover, the Danish passport is a highly secured ID document and includes, among others; Fuse-ID, clear window with photo, Diffractive Optical Variable Image Device (DOVID) and Multiple Laser Image (MLI) with the date of birth and the letters DK.

Explore the new Danish Passport and all the latest banknotes and ID documents from all over the world! Request a free Documentchecker trial and discover the world’s most comprehensive ID and banknote reference database.

The recently introduced new model of the Dutch ID card is now available in Documentchecker! Have a look at the new card and its interesting security features.